(author’s note: this blog post is not commenting on whether vaccines should be mandated or trying to address the debate behind their origin or efficacy).

A popular quote in some circles is “America was founded as a Christian nation.” This simple quote of course masks a much more nuanced and complex reality of the founding of the United States. Several years teaching American history and even longer as an avid student of same, demonstrates a lot of texture to that discussion. For simplicity’s sake today, we can stipulate that most all our founders were believers in God in one way or another, that most thought the Bible was important, and that Judeo-Christian thinking and ethics were the major shapers of their thinking. Some of the founders even had an understanding of salvation in Christ that we would recognize. Inspiration for our founding documents was drawn both from Biblical thoughts as well as other philosophers and thinkers that were not Christian.

This unique mix of Christian-ish belief and worldly philosophy can be most clearly seen in the Declaration of Independence, one of our two most cherished national birth records. You may have even memorized the lines.

“We hold these truths to be self-evident, that all men are created equal, that they are endowed by their creator with certain unalienable rights, that among these are life, liberty and the pursuit of happiness.”

This foundational block of our national psyche has been in clear focus over the last year and a half as pandemic mitigation measures have caused great angst and anger among the citizenry of our country. We are allergic to mandates, orders, and restrictions. We’ve even decided that such things are against our religion. The question is, what religion is that?

The lines above do not come from the Bible, nor are they rooted in the philosophy or worldview of the Bible. First, the Word of God does not center around the achievement of rights, either by humans or even more importantly, by God.

The New Testament is stubbornly insistent on a theme of sacrificing rights.

Perhaps the most inconvenient verse, often quietly ignored, is the when the Bible is teaching about being in conflict with other believers.

Those are haunting words. “wouldn’t you rather be wronged?” “Defrauded?” Paul’s argument, consistent with Jesus’ life and teaching of suffering servanthood, is that we give up rather than claim our lives. This is a Biblical principle that we don’t tend to fight for.

The way of the Cross, the way of Christ, is laying aside ourselves, rather than a God-promised right to do what I want and be happy. These concepts are not based in God’s Word, but in John Locke, Aristotle, and Epicurus.

This returns us to the debate about what we do in our current culture. This conviction of self-determination and sovereignty is embedded in our founding documents and part of our psyche. It is synchronizing of American political belief in self with Biblical morality creating a religion we can call American Christianity.

Being asked to do something that conflicts with what we want (our rights and desires, good or bad) is against this religion of being sovereign to myself. This entitles me to a religious exemption for any firmly held belief I have, no matter what that belief may be or whether it is covered in the Word of God. After all, my rights are self-evident.

There are many reasons to restrict the power of the state over the individual, as the founding fathers intended. There are powerful and fruitful debates to be had on how this country decides what to mandate, how to do it, and when. Freedom itself is rooted in the Good News of the Gospel, but not the freedom of self-satisfaction. National issues are important and affect both our lives and the relative cost of carrying out our Mission and lives as followers of Christ.

The key is in being careful to notice when we have moved from Biblical Christianity to an American Civic Christianity that is based on the rights of the self over the Sacrifice of the Savior and His cross-bearing followers. We must guard against our natural motivation to seek our own comfort and happiness over our ability to lay down our lives for others.

For more on the Lockian ideas, check out this link: https://www.pursuit-of-happiness.org/history-of-happiness/john-locke/ 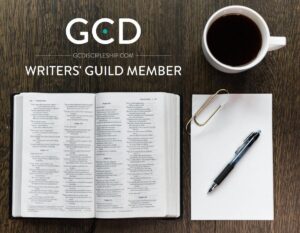